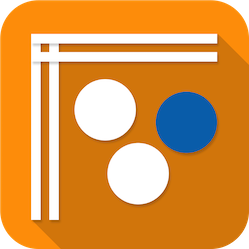 Numerous procedures are available for biologists exploring overall cell count and cell viability, utilizing a choice of instrumentation and consumable assays. Hemocytometry is the traditional tool of manual cell counting and trypan blue is one of the most ubiquitous cell exclusion dyes used in medical and life science laboratories. However, the exclusion dye trypan blue remains a key component in cutting-edge cell counting applications while the outmoded hemocytometer has gradually been replaced by innovative automated cell counters like the DeNovix® CellDropTM.

Even automated slide-based cytometry fails to compete with the standards established by CellDropTM DirectPipetteTM technology, which can improve the efficacy of exclusion dyes like trypan blue.

Trypan blue is one of the leading cell exclusion dyes used to distinguish between live and dead cells in solution to calculate overarching viability. It stains dead cells by permeating their compromised membranes and binding to intracellular proteins which results in a dark blue appearance. This post will explore the general principles and limitations of cell counting with trypan blue in greater depth.

Trypan blue is an azo dye that is used as one of many exclusion stains to measure the number of viable cells in a suspension, exploiting the principle that living cell membranes will resist permeation by certain chemical stains. Cell suspensions assayed with trypan blue will ideally display both cells with clear cytoplasm (live) and blue cytoplasm (dead). This facilitates simple cell counting using optical microscopy.

The general procedures in a typical trypan blue cell counting test are as follows:

Although widely prescribed for cell counting and viability testing, there are limitations associated with trypan blue which complicate conventional measurements. For example, trypan blue’s decreased affinity for cellular proteins over serum proteins may create challenging conditions for visualization of cell morphology. This may require samples to be assayed and subsequently resuspended in an additional protein-free buffer before cell counting can be carried out.

The CellDropTM aims to overcome such issues with a suite of application-specific software available at the operator’s fingertips. In the case of trypan blue; the Trypan Blue App is available for rapid live/dead cell counting for quantity over volume (cells/mL) and viability percentage. Simply follow the standard assay preparation procedures and pipette 10µl of solution into the optical sapphire cell counting chamber, then tap the count button. This practically eliminates human error, ensures process parameters are optimized for the distinct challenges of trypan blue viability testing and provides an easily exportable format for results.

If you would like to learn more about cell counting with the DeNovix CellDropTM, you might be interested in our previous post Cell Counting with Acridine Orange and Propidium Iodide (AO/PI). Otherwise, contact a member of the team directly with any questions.