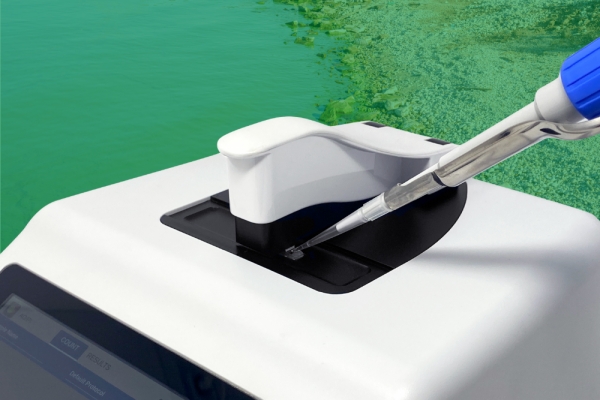 Microalgae are microscopic single-celled plant-like organisms that reside in freshwater and marine ecosystems. As is generally the case with microscopic life-forms, microalgae are unfamiliar to most, but their contribution to the world’s ecosystems is enormous. Together with bacteria, microalgae form the base of the food web, fixing carbon dioxide from the atmosphere into carbon compounds which can be consumed by other organisms. The photosynthetic activity of microalgae is thought to produce around half of the world’s oxygen, and so far, over 15,000 novel compounds have been discovered in microalgae. 1,2

Microalgal research seeks to better understand these organisms and their function in the world’s ecosystems, as well as explore ways in which they can be utilized in biotechnology.3 The extent of possible microalgal applications is vast. It is expected that microalgal biomass will play an important role in feedstock for sustainable food, fertilizers and fuels while also playing a crucial role in fields such as pharmaceuticals, energy production and healthcare.4–7

The role of manual and automatic cell counters in microalgal research

To implement and expand applications of microalgae, it’s essential that researchers can easily assess and maintain microalgal cultures. For this reason, manual and automatic cell counters play a vital role in microalgal research.

Both manual and automatic cell counters perform the function of counting the number of cells within a given area or culture. The most common (and simple) cell-counting technique is hemocytometry. This involves the use of a special microscope slide (a hemocytometer) which contains a chamber of a precisely-known volume and laser-etched grid lines. By looking through the microscope and counting the number of cells visible within each grid region, the concentration of cells in the sample can be easily calculated.

The advantages of automated cell counters for microalgal research

While manual approaches such as hemocytometry are inexpensive, they are also time-consuming and prone to large variations between users. Automated cell counters are preferred for many routine applications to increase count accuracy, provide automated calculations of sample concentration and viability and to provide a permanent record of images and data.

A range of automatic cell counters have been developed over the years to increase the speed and accuracy of cell counting. One common type is the turbidimeter. Turbidimeters are technically an “indirect” method of estimating cell number. Rather than count the actual number of cells directly, they measure the dispersion of light through a sample of cells to infer the density. This approach is generally less accurate than direct enumeration but turbidimeters can still have value as a low-cost alternative if data quality is not essential for downstream applications.

Both of these automatic cell counters can produce good results; however, they typically require expensive equipment (especially for flow cytometry), while a lack of visual information means that the set-up of measurement parameters is often challenging and visual inspection of samples would require additional equipment.

A new breed of automated cell counters from DeNovix

The CellDrop features a variable-height sample chamber formed by two parallel optical sapphire plates. This chamber eliminates the volumetric inaccuracies associated with manual cell counting techniques, and the programmable measurement algorithms provide consistency of measurement across users and between labs. The permanent sample chamber also eliminates the need for counting slides associated with other imaging-based platforms. This reduces single-use plastic waste and reduces the burden on consumable budgets.

If you’re looking for automatic cell counters suitable for microalgal research, DeNovix CellDrop Automatic Cell Counters provide a cost-effective, versatile and accurate solution. To find out more about our award-winning automated cell counters, view the CellDrop product page here, or get in touch with DeNovix today.

Manage Cookie Consent
To provide the best experiences, we use technologies like cookies to store and/or access device information. Consenting to these technologies will allow us to process data such as browsing behavior or unique IDs on this site. Not consenting or withdrawing consent may adversely affect certain features and functions.
Manage options Manage services Manage vendors Read more about these purposes
View preferences
{title} {title} {title}