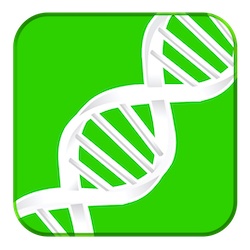 The most widely used method of measuring nucleic acid concentration is the determination of absorbance at 260nm (A260). This is known as the absorbance method and is widely used due to the speed of measurement, the direct quantification not requiring kits or reagents, and the wide dynamic range of modern microvolume instruments.  Fluorescence methods are commonly used where specific quantification is required due to contamination with single-stranded nucleic acid, proteins and nucleotides which can contribute to the total signal using absorbance. Additionally, contaminants that are frequently present in nucleic acid preparations can cause interference and there is no way of distinguishing between DNA and RNA.

Hoechst (bis-benzimide) dyes are also sensitive nucleic acid stains. However, this assay is marginally too selective to be used in dsDNA and does not display substantial fluorescence enhancement when in the presence of proteins.

The PicoGreen dsDNA quantitation assay allows for the selective detection of as little as 25 pg/ml of dsDNA with ssDNA, RNA, and free nucleotides present having minimal impact on fluorescence intensity. The assay is linear spanning three orders of magnitude and has small amounts of sequence dependence, meaning accurate measurement of DNA is possible from a range of sources, such as genomic DNA, viral DNA, miniprep DNA, or PCR amplification products.

The QFX Fluorometer is the most sensitive and reproducible instrument in its class. It is a powerful solution for fluorometric applications in which enhanced specificity or sensitivity is necessary. This instrument offers the ability to quantify nucleic acids and proteins employing four user-selectable fluorescent channels allowing the use of all major quantification assays. The QFX Fluorometer offers excellent data quality as well as powerful software and network integration for seamless data handling. Full fluorescence capability is also integrated into the award-winning DS-11 Series Spectrophotometers / Fluorometers.

When the QFX is combined with fluorescence assays from DeNovix, it can quantify DNA in ranges between 0.5 pg/µL and 4000 ng/µL and is the optimum solution for quantifying degraded, contaminated, or low concentration samples.

One of the key benefits of DeNovix Fluorometers is that they give scientists the option to use assays from any manufacturer, including PicoGreen dsDNA or QuantIT™ assays.

If you would like to find out more about how our fluorometers can be used for PicoGreen Quantitation or for other fluorescence assays, contact us today.